The common kingfisher: a species whose habitat is disappearing

The hobby of field ornithology – observing free birds in the wild – is a favourite pastime among nature lovers. And one of the species that arouses the most interest among hobbyists is the common kingfisher, considered one of the most beautiful birds in European wildlife.

With a medium size and flattened shapes, the common kingfisher’s bright plumage features a wide range of blue shades on its back: from the metallic, nearly electric, blue of its back, to the turquoise colour of its wings, and the combination of both on its neck stripe and top part of its head. Its front side, on the other hand, forms a striking contrast thanks to its bright orange belly and the snow-white on its throat and both sides of its neck. 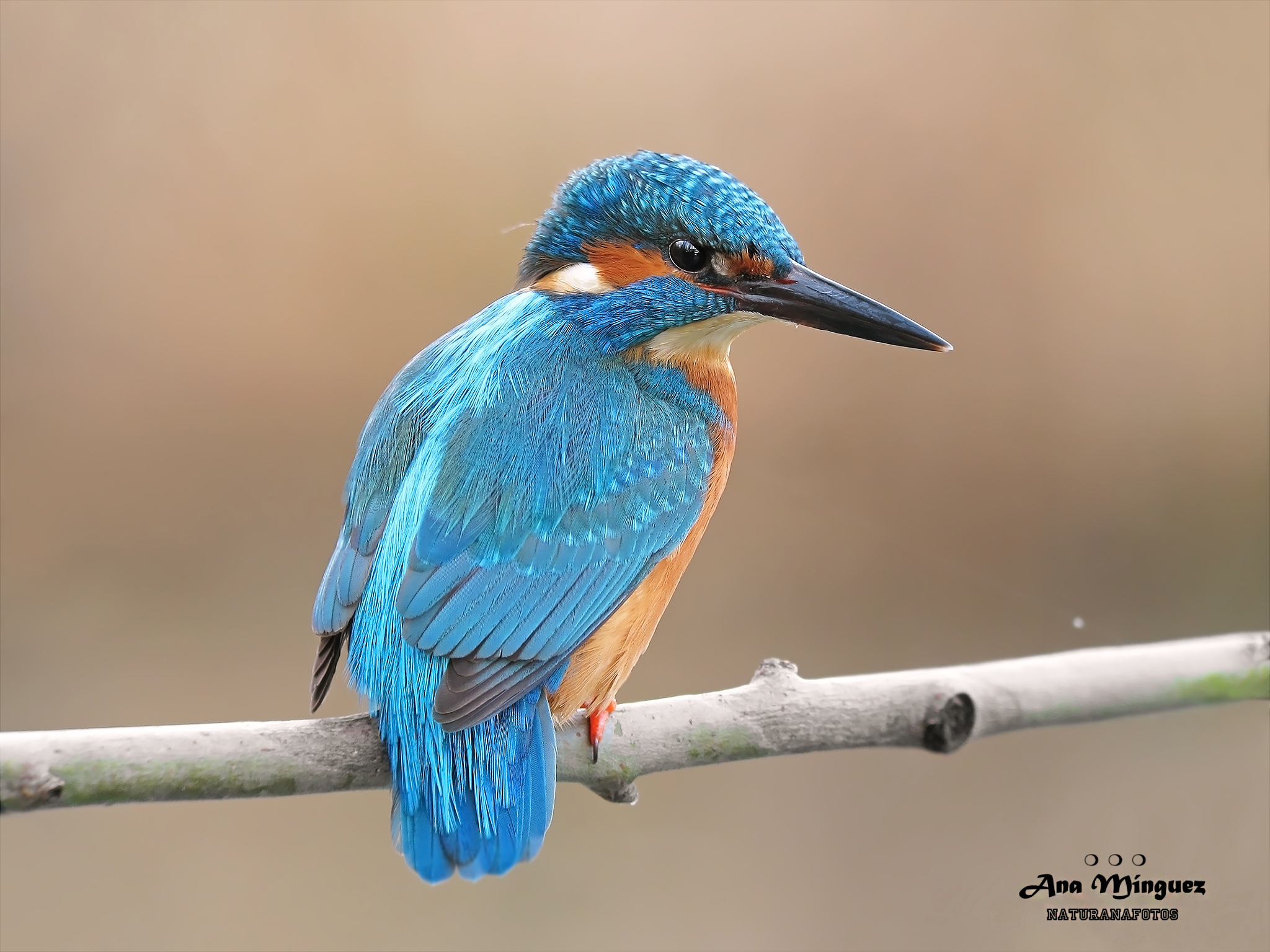 A common kingfisher on a tree branch. Photo: Ana Mínguez

Its head is oval-shaped, very narrow and high, with a spectacular harpoon-shaped bill that protrudes prominently: a harpoon that is truly one of the sharpest points in the animal kingdom. Its wings are small and very short, as is its nearly non-existent tail. Similarly, when perched on a branch, it seems like it does not have feet; hidden in the orange plumage of its belly, you can just make out some thin coral-red toes.

The common kingfisher is one of the best-adapted birds for river fishing. From its perch above the riverbed – generally a tree branch or even the railing of a bridge – its sharp vision and powerful bill help it to catch fish with great precision, swooping down against the sheet of water, with its wings close to its body, like a real winged projectile. After catching a fish, the kingfisher returns to its perch to shake the fish with its head and gulp it down, always in the direction of the scales, otherwise, the bird would choke. 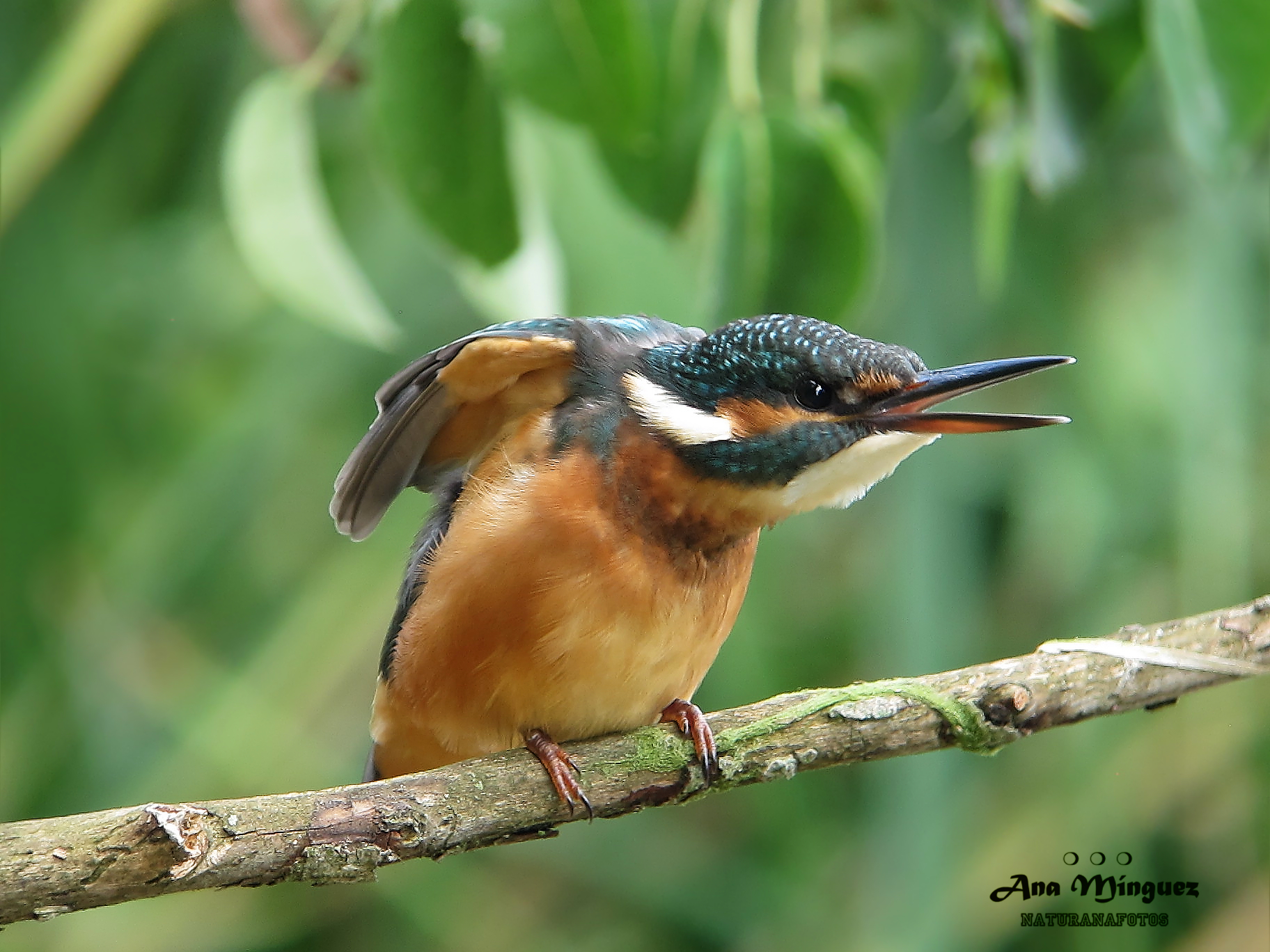 A common kingfisher on a tree branch. Photo: Ana Mínguez

Associated with watercourses and water masses of all sizes, the common kingfisher usually lives in rivers, streams, ponds, marshes, and reservoirs. It can also settle on the coast, though, on beaches, cliffs, and even in ports. It breeds on vertical riverbanks rich in vegetation where there is clean water and abundant fish, laying its eggs in deep tunnels dug into the walls of the bank.

This species has become widespread in Spain, with no conservation issues up to now. The population multiplies in winter, especially during very cold winters, with the arrival of birds from northern Europe where the low temperatures mean the water masses get covered with ice, preventing the birds from getting food.

However, despite still being common in river areas and wetlands in the north of the Iberian Peninsula, this species is now being endangered by the pollution of rivers, the artificial channelling of their courses, and the drying up of lagoons and ponds, as well as the periodic droughts that are increasingly severe and recurrent as a result of climate change. This is especially true in southern Spain, where the latest censuses carried out by ornithologists indicate a slow but constant drop in kingfisher populations. 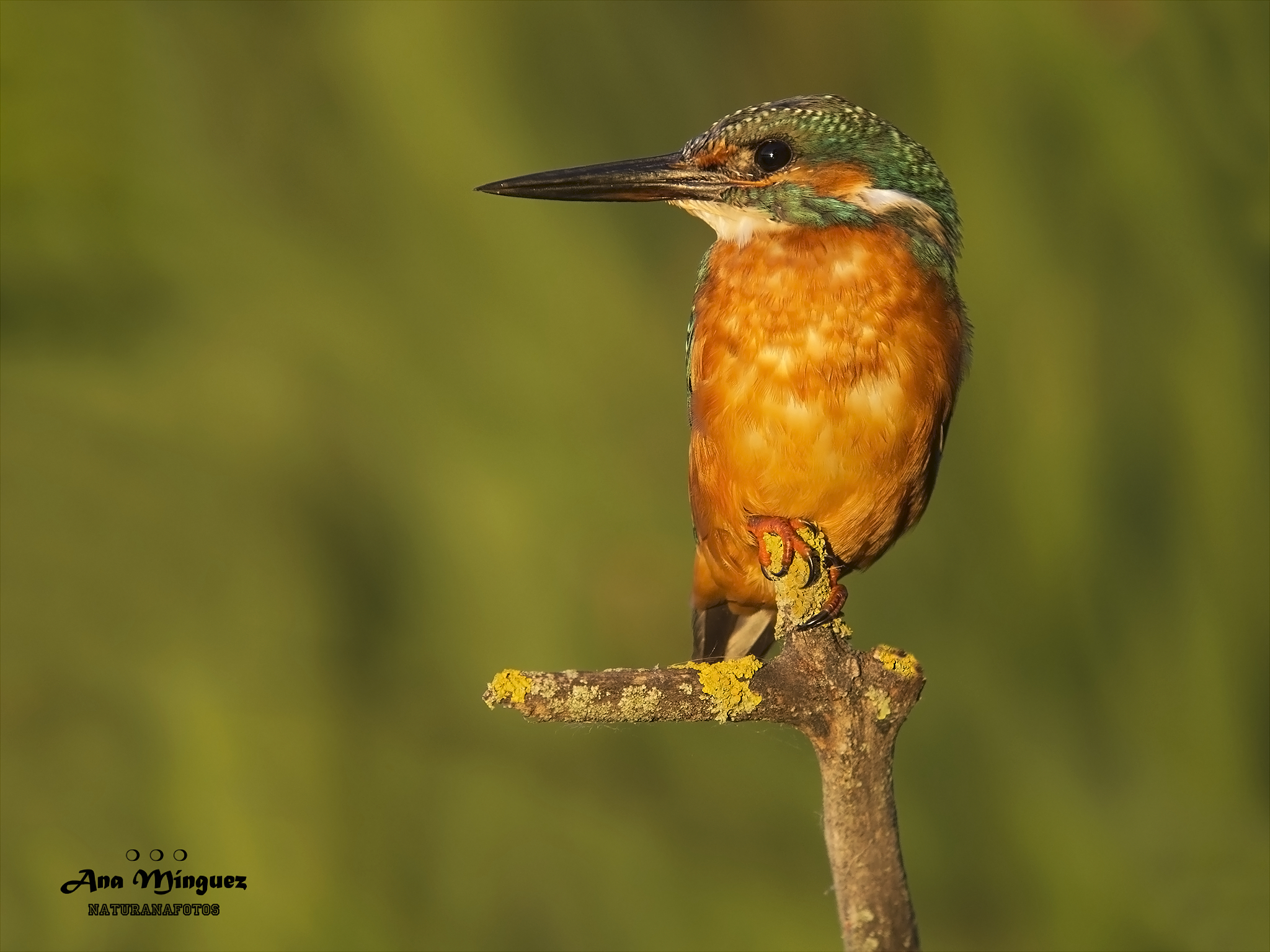 A common kingfisher on a tree branch at dusk. Photo: Ana Mínguez

The scientists studying the evolution of climate change see the decline of this species, and aquatic birds in general, as a bioindicator of the changes that global warming is causing in ecosystems. As desertification advances and droughts occur, inhabitants of rivers and wetlands, such as the beautiful common kingfisher, will be disappearing from our landscapes.