Autumn in the Riverbank Woodlands

In nature, every season has its special charms, but none offers vistas quite as magical as autumn. In the northern hemisphere, this is the season of forests, especially those that shed their leaves. Beechwoods, chestnuts, and walnut trees boast a dazzling display of autumnal colours, from yellow, orange, and gold to deep red, transforming these beautiful woodlands into an enchanted forest where legends of fairies, sprites, and hobgoblins come to life. 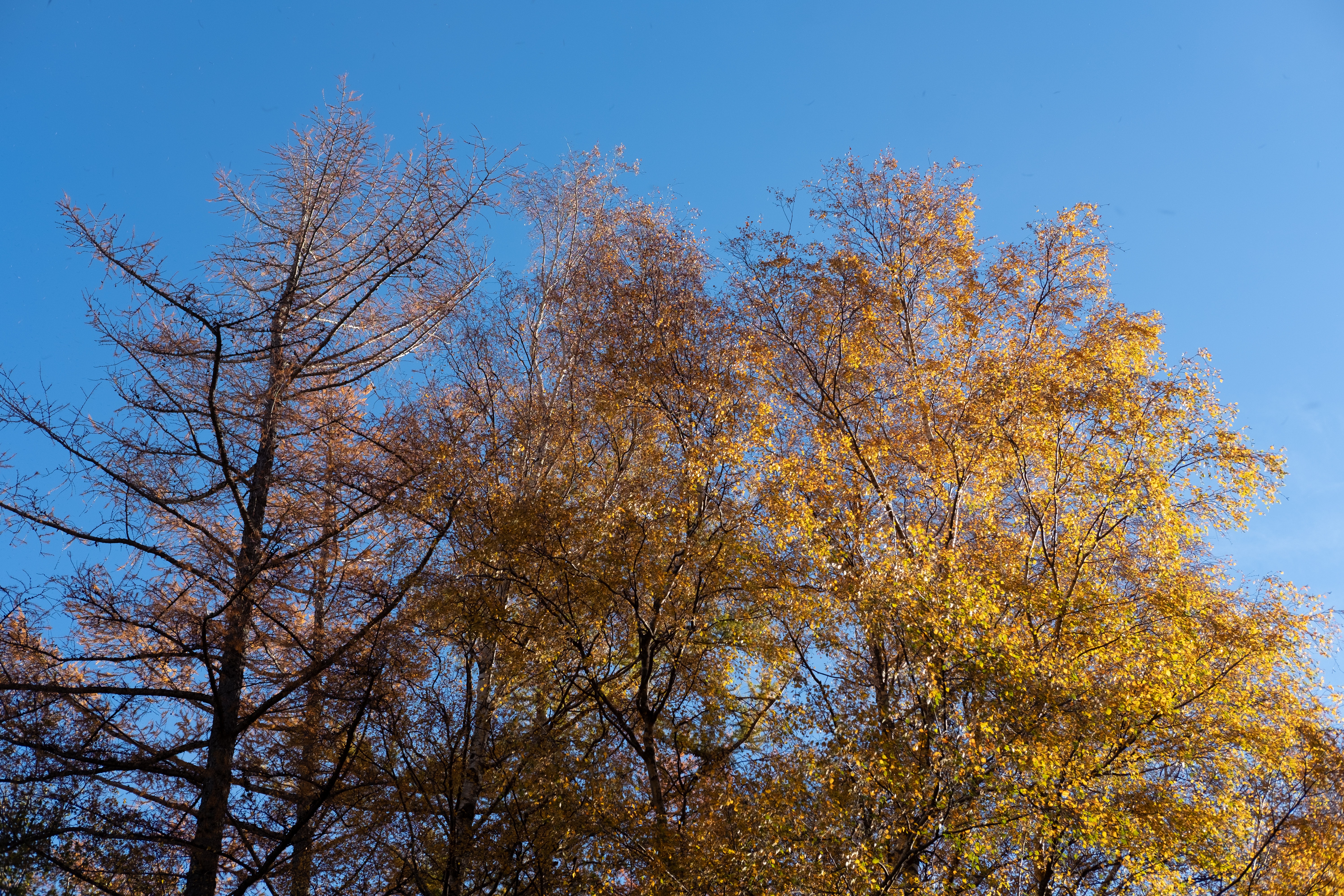 This magic spell becomes a veritable work of art when it comes to riverbank woodlands: possibly the most moving place to enjoy nature in autumn—there is a reason why many consider autumnal poplars the very picture of melancholy.

Towards the middle of the season, when the summer days and dense green shade-giving canopy of the black poplars are long forgotten, these trees commence the long slumber that allows them to survive the harshness of winter. And so the sap flow ceases within the tired and half-dormant old poplar, and its leaves, now fully yellow, begin to fall, gently carried by the evening breeze, to blanket the ground in a layer that gradually turns gold. 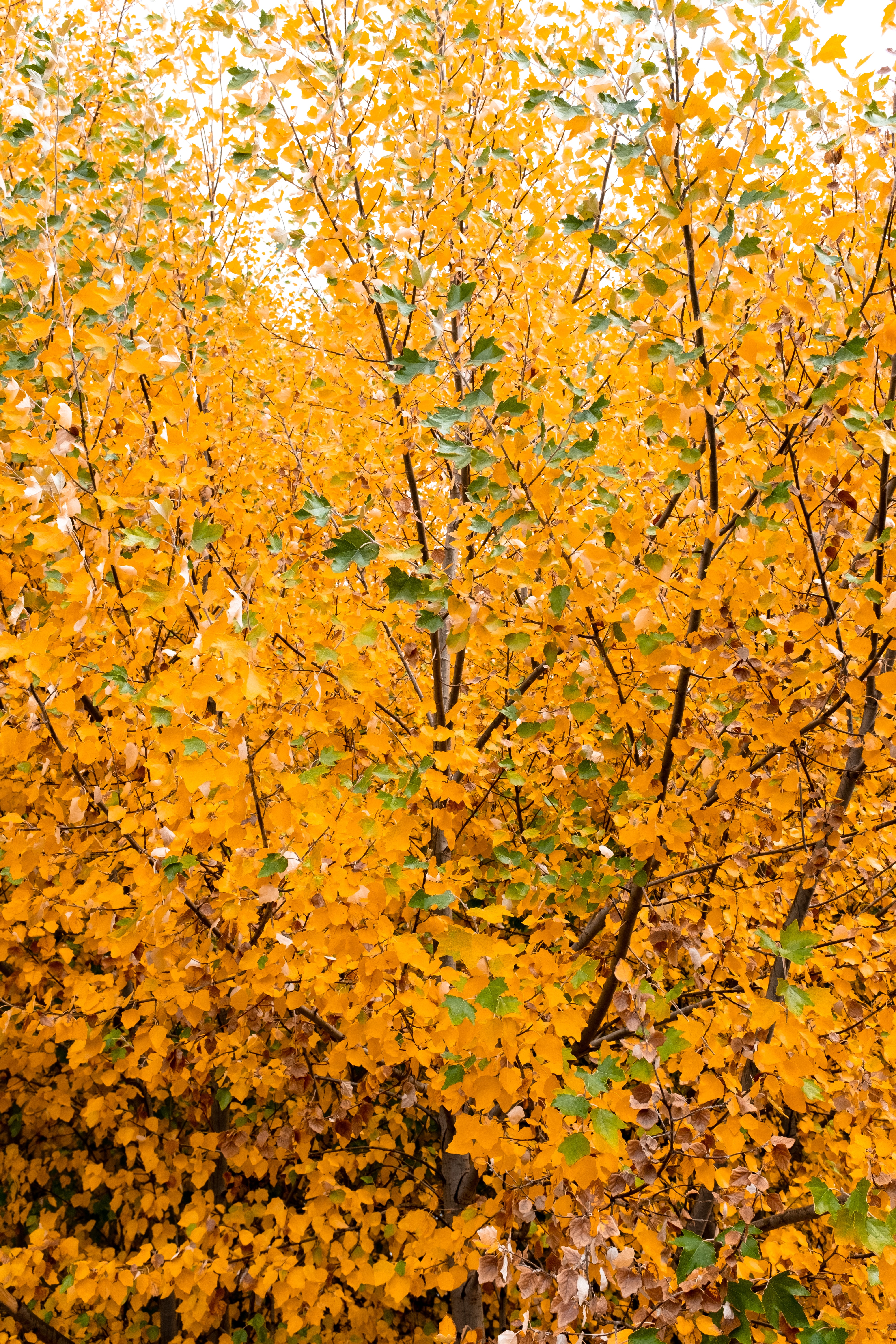 For the riverside groves, where poplars mingle with elms, willows, and ashes, among other trees that make these banks their home, the season gradually comes to a close. It’s time to pack up the stage, like travelling showpeople do when they finish a performance and move on to the next village. The weary gathering of chairs, taking down the stage, and packing up the wagon aren’t all that different from what happens in riverbank woodlands in mid-autumn, when the call of the hoopoe, cuckoo, and golden oriole are but a memory of summer and give way to robins and blackcaps.

The charming song of these birds, which have come down from northern Europe to spend the winter in our milder climes, melds with another characteristic autumn sound of the fluvial forest: the call of the common midwife toad (Alytes obstetricans), which becomes more active as rains increase and temperatures drop.

The male of this tailless (or anurous if we want to be more scientific about it) amphibian species emits a soft monotone whistle, which can be heard repeatedly, like a litany, and when various males coincide, the result is an extraordinary concerto that adds to the magic of this enchanted forest.

With this low pleasant ringing sound the little amphibian, which is barely five centimetres long and easier to hear than see, announces its readiness to mate. After attracting a female, the male mounts her and begins a ritual of amorous embraces, a prelude to copulation which results in the laying of several clutches.

What happens next is the unusual part: while the female squeezes out strings of fertilized eggs as though they were candy necklaces, the male collects them with his hind legs and wraps them around his back like a jelly-coated rucksack.

He is the one responsible for carrying the eggs on his small back, more than a hundred from several different females, for almost a month. Once they are ready to hatch, he places the eggs into a body of water where the tadpoles will emerge and begin their slow prodigious metamorphosis (several years in the case of this species) to become new little toads.

A few years ago, while enjoying a melancholy autumn walk through a yellow-tinged poplar grove on the banks of the Riaza River, in the province of Segovia, I was lucky enough to observe one of these amphibians as he fulfilled his dream, placing his heavy load in a pool which was filling up after rainfall had raised the river’s waterlevel.

I spotted the toad next to a wooden bridge, deep in the forest. The eggs wrapped around the toad’s back were mature, almost ready to hatch. So much so that even at a glance, I could clearly see the tiny offspring wiggling about inside. There must have been around fifty of them and taken together they were bigger than their parent. Once the eggs fell into the water, they opened up, almost magically so, and the tadpoles began swimming around the pool. It was an incredible moment: one of many gifts that nature gives us when we approach it with respect and admiration. And autumn is one of the most generous gift-giving seasons.