Pirene is the fourth wine produced under the umbrella of Familia Torres’s project to recover pre-phylloxera varieties, whose primary focus is now climate change adaptation.

Familia Torres presents Pirene 2020, the latest wine made under the auspices of the project to recover ancestral varieties, which the family winery embarked on almost 40 years ago. Initially conceived as a way of preserving the winemaking heritage of Catalonia, it now also offers opportunities in terms of climate change adaptation. This very limited-production experimental wine is made entirely from the eponymous red variety and is aimed at fine dining establishments.

Pirene, at Home at High Altitudes

Familia Torres grows Pirene at its estate in Tremp, in the county of Pallars Jussà, in the foothills of the Catalan Pyrenees, at an elevation of 950 meters:

Pirene is one of many unknown varieties which existed in Catalonia prior to the arrival of phylloxera, the blight that devastated European vineyards and caused many of these vines to disappear, although some did manage to survive.

Since the 1980s, Familia Torres has rediscovered more than 50 lost varieties, focusing its attention on those that display the greatest oenological potential and capacity to adapt to the high temperatures and drought caused by global warming.

It took years of research, field studies, and micro-vinifications to determine that Pirene attains its finest expression at high-altitude vineyards. Familia Torres planted the variety at its highest estate, located in Tremp, in the county of Pallars Jussà (Lleida), at an average elevation of 950 metres above sea level. Here Pirene matures gradually, taking the time it needs to reach optimal ripeness by mid-October. Most years, the variety is picked last, closing the harvest season at the Familia Torres vineyards in Catalonia.

Pirene 2020 is made at the Purgatori winery in Costers del Segre, helmed by winemaker David Barriche, using a gentle process to preserve the essence of the variety and emphasize its elegance and aromatic intensity. The first six months of 2020 were rainy, but high temperatures in late summer allowed the grapes to attain excellent ripeness. 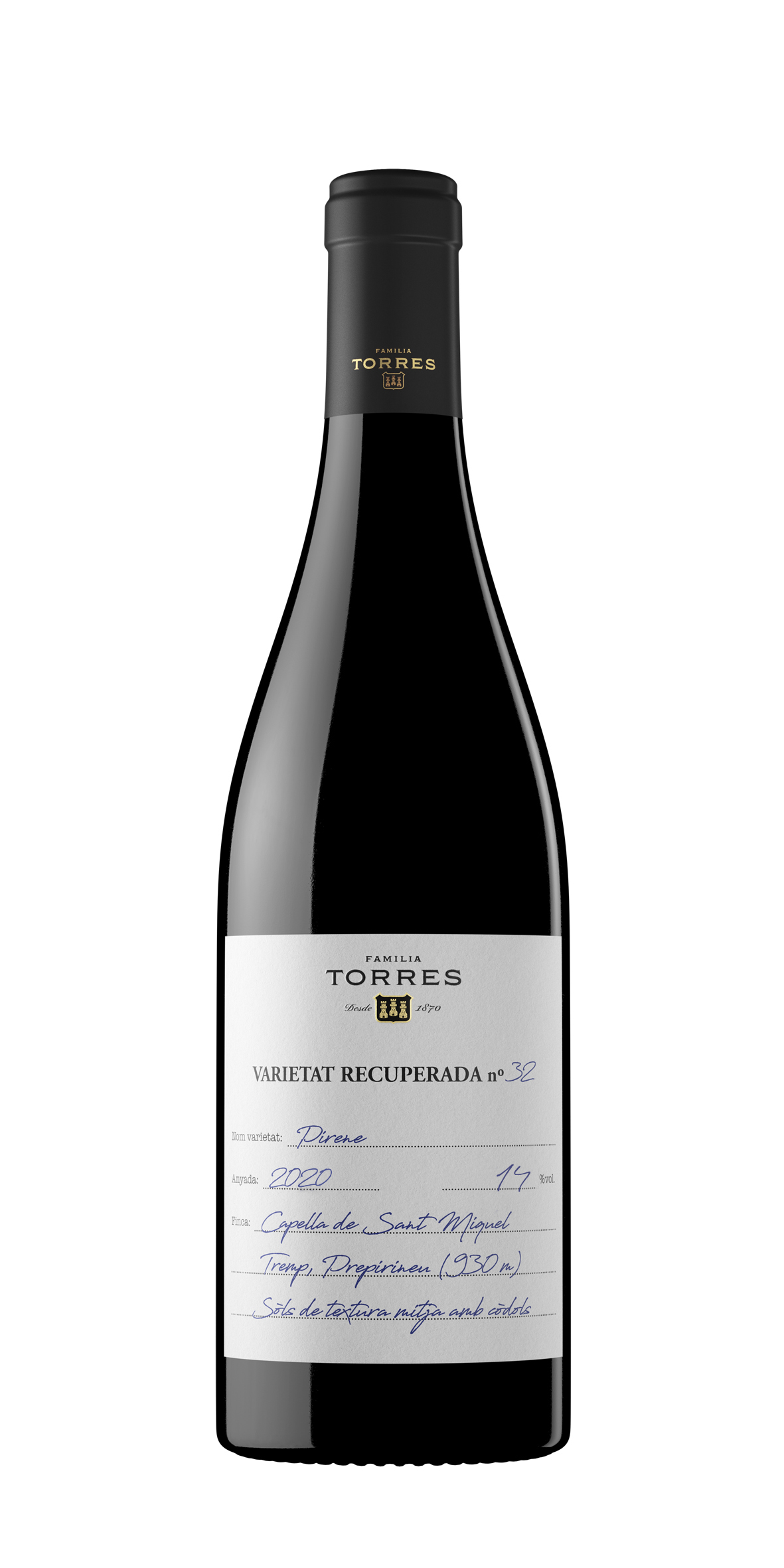 Pirene 2020, a Familia Torres red wine made from the Pirene variety

This is the first commercially available vintage of this wine in Spain, a limited production of only 1,241 bottles. Endorsed by international wine critics, Pirene 2020 will be sold on a quota basis with a focus on four countries: Spain, Belgium, US, and Canada.

Eric Asimov, wine critic for the New York Times, described it as one of the twelve best wines he had tasted in 2019 and praised the winemaking potential of the variety.

For Miguel Torres Maczassek, fifth generation Familia Torres, Pirene 2020 is a wine of surprising elegance, aromatic intensity, and freshness. “Pirene is a hardy variety that has adapted well to climate change in addition to presenting all of the attributes needed to produce outstanding wines on an organoleptic level. It is undoubtedly one of the varieties we will be championing from here on out”.

Pirene is the fourth Familia Torres wine made from recovered ancestral varieties and the second varietal wine. It now joins its predecessors Grans Muralles (DO Conca de Barberà), which features Garró and Querol, the first two varieties the winery reintroduced, in a blend with other indigenous varieties; Clos Ancestral (DO Penedès), featuring the ancestral Moneu from the Castell de la Bleda vineyard; and Forcada (DO Penedès), a varietal made 100% from the white ancestral grape that gives the wine its name.

Today the fifth generation—helmed by general manager Miguel Torres and RDI director Mireia Torres—is moving the project into the future with great enthusiasm. Halfway between archaeology and viticulture, the project contributes to the rediscovery of Catalonia's winegrowing heritage, as well as aiding efforts to adapt the vineyard to the effects of climate change.