The Territory of the Iberian Wolf

On cold winter nights, the most remote corners of our mountains reverberate with one of the most impressive sounds of Iberian wildlife: the howling of wolves.

Contrary to what most people think, the wolves of the Iberian peninsula do not seek out territories in snowy mountains or dense highland forests. Quite the opposite in fact. Although the Iberian wolf may roam far and wide, by nature it prefers the open spaces of the plains: scrubland, ravines, moorland, grassland, and fallows. And farmland too, of course, including vineyards. This is why wolf prints in the furrows between vineyard rows are not an uncommon sight.

The Iberian wolf (Canis lupus signatus) is one of the smaller wolf species on the planet. In the summer, its ochre coloured coat, mottled with grey and grey-brown marks, turns short and scruffy. It has a distinctive face and penetrating chestnut brown eyes set into a triangular head, with short upright ears, a thick mane, and a prominent, pointed snout. 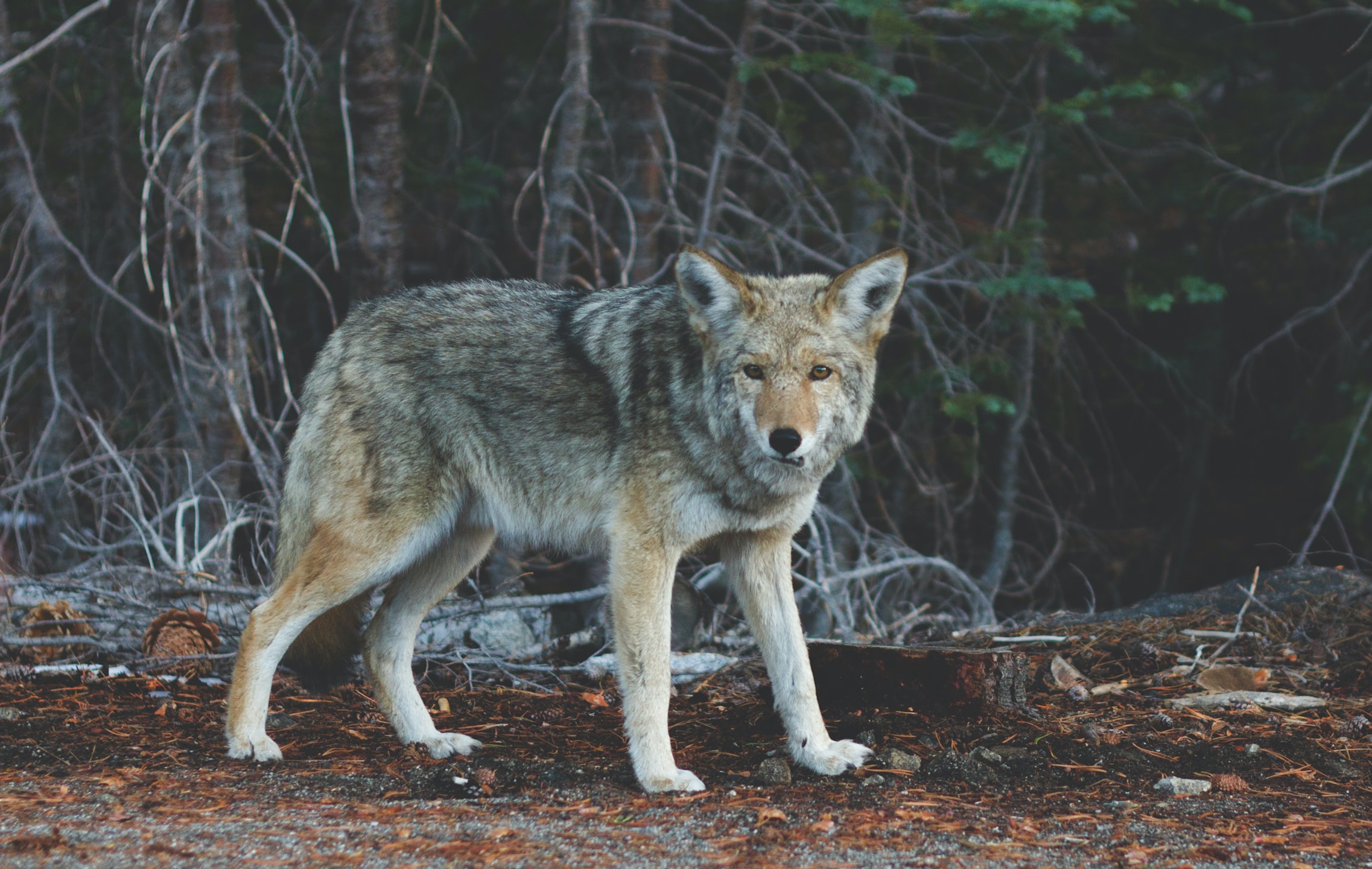 Iberian wolf, in a forest.

Slender in build, the Iberian wolf measures 110 to 135 cm in length, 75 cm in height (from the ground to the shoulder), and weighs between 30 and 60 kg. It has a long black-speckled tail and strong, slender front legs marked with two longitudinal streaks, exclusive to the Iberian sub-species and the origin of its name: signatus. This distinctive trait makes the Iberian wolf easy to identify.

All of these biological attributes belong to a consummate hunter: the pointed ears indicate sharp hearing, the elongated snout makes for a keen sense of smell, and the eyes, set at an angle, allow the animal to scan wide swaths of terrain.

A social animal, the wolf travels in packs with well-established behaviour patterns indicating whether the animal is observing, stalking, or attacking its prey. The most frequently used hunting technique is pursuit predation, where the wolves separate their prey from the flock and surround it. The pack often selects young or vulnerable individuals, but occasionally, and with certain types of prey like wild boar, the hunt can turn into violent confrontations where wolves can sustain serious injuries.

The breeding cycle of the species begins in late January when the group breaks up in anticipation of the mating season. This is a tense time for wolf packs, marked by hierarchical struggles and the departure of young wolves and old leaders.

After mating and the gestation period, which usually takes about two months, the female retires to her underground den and gives birth to between 3 and 5 pups. In spring, while the mother is nursing the young pups, the male wolf will tend to and watch over them in the area around the den. From summer to early autumn, the young wolves will engage in play and learn the skills they'll need to survive, all under the watchful eye of their mother. 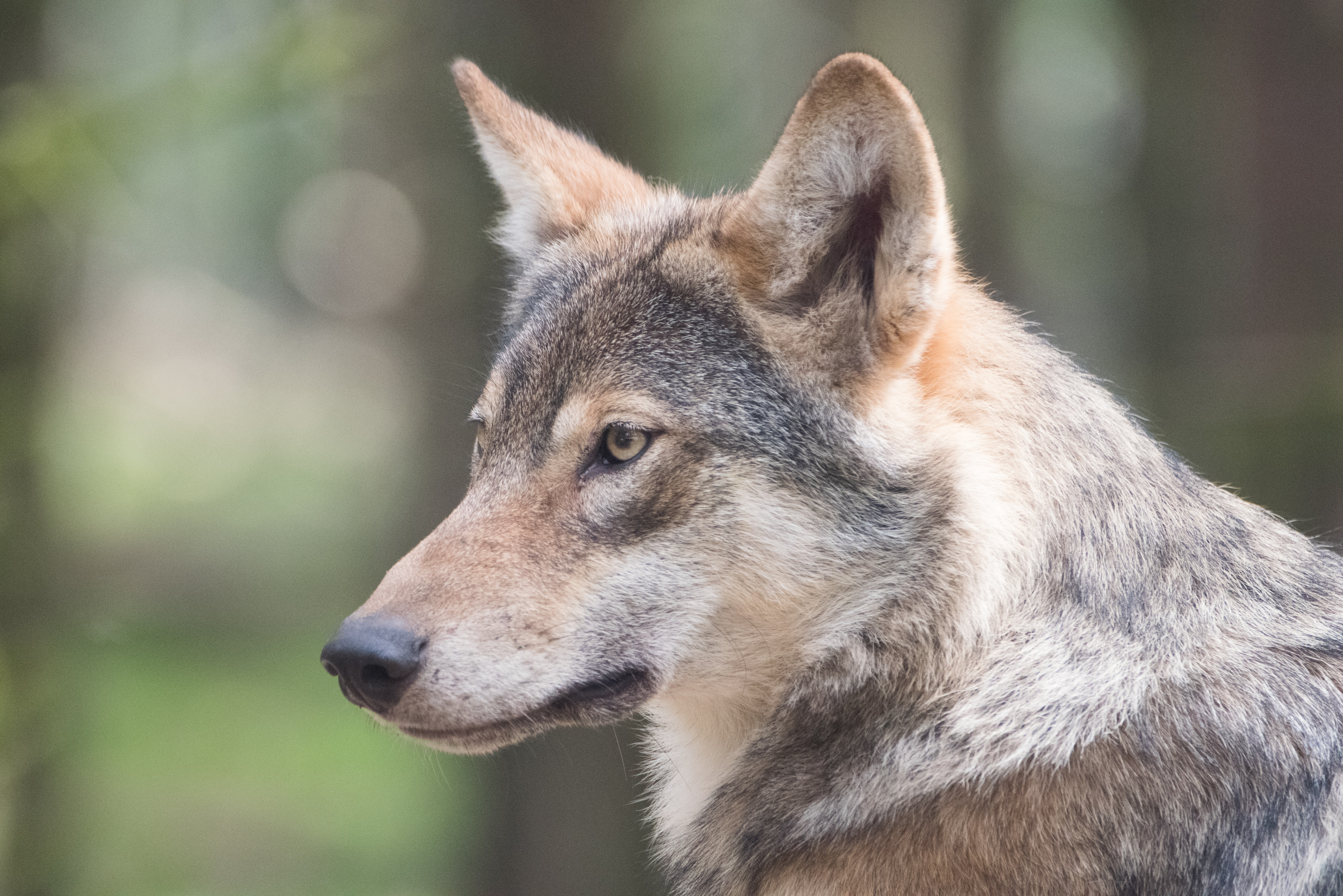 An omnivorous scavenger, the wolf is also the greatest predator of the Iberian peninsula. It will eat all sorts of prey, from small rodents to large herbivores. In places with an abundance of wild mammals like deer, fallow deer, boar, wild sheep, mountain goats, or roe deer, these will make up most of the wolf's diet. Wolves will only go after domestic farm animals, especially sheep and goats, when its natural prey has dwindled due to overhunting by humans and freely roaming livestock isn't properly monitored and managed in areas inhabited by wolves, where livestock farmers are well aware of their presence.

Seen as an enemy in many regions of the northern peninsula, wolf hunts and the display of the remains were a common ritual in the villages of the Iberian mountains. This unfortunate spectacle persists to this day in areas where wolves are prevalent, where the ancient, wild sound of the wolf generates unease and unleashes the worst impulses in some.

The species, however, is very valuable to the ecosystem, because the wolf occupies the top echelons of the food chain, making it irreplaceable and fully justifying its protection and conservation. The challenge lies in reconciling the interests of nature conservationists and those of farmers who depend on livestock for their livelihood and who see the wolf as a threat to their existence. Only by resolving these differences can we make sure this threatened species survives as one of the treasures of our biodiversity, so that we can continue enjoying nature in its complete state. 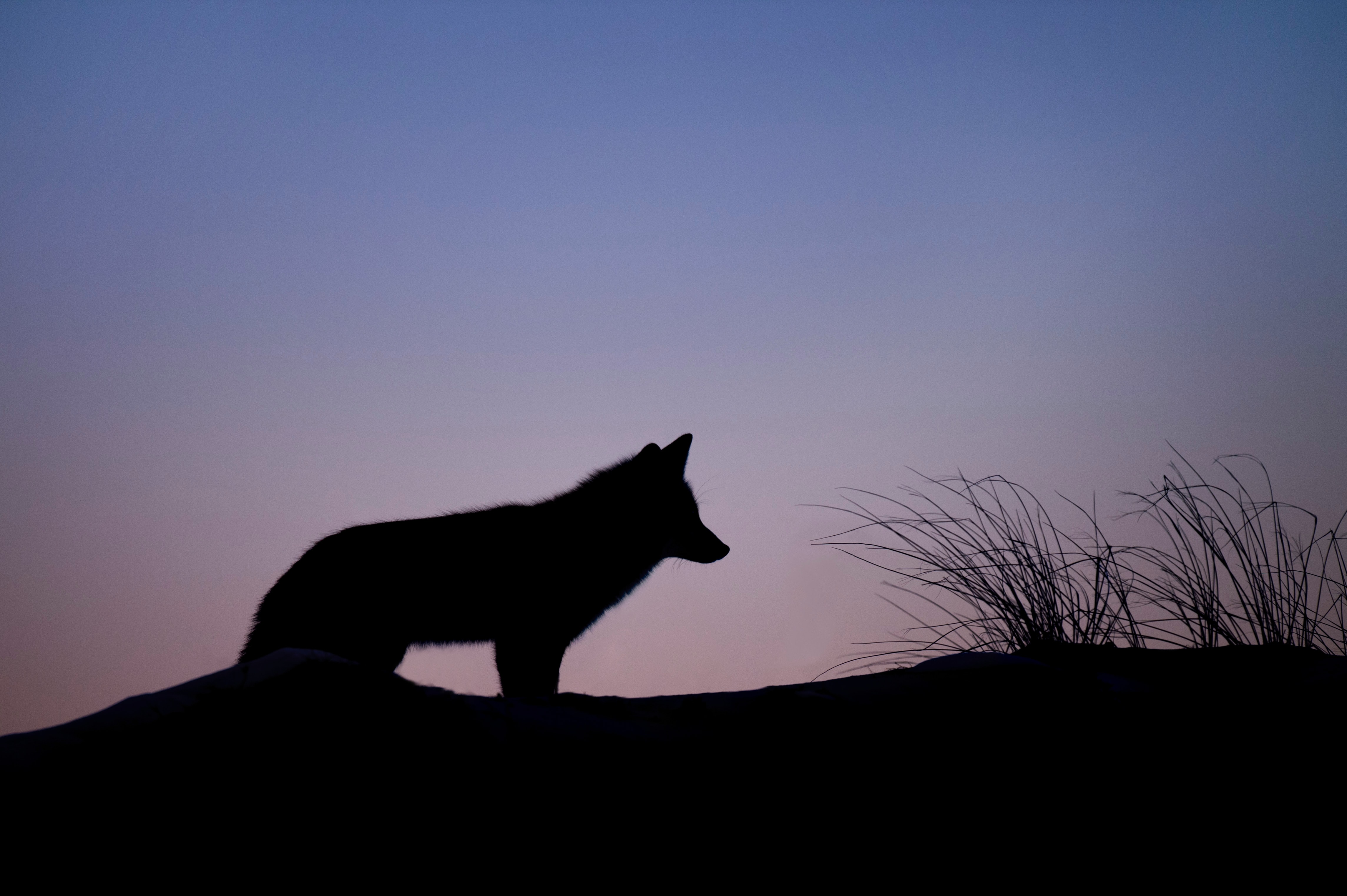 Specimen of Iberian wolf, in a winter sunset.

Today the Iberian wolf is only present in one third of the areas that it once inhabited. Around 300 packs live in Spain, comprising groups of 5 to 10 individuals and mainly concentrated in the northwest of the peninsula, from where the species is trying to return to its former territories.

In an effort to encourage this, authorities recently added the Iberian wolf to the Listado de Especies Silvestres en Régimen de Protección Especial (a list of wildlife accorded special protection under the law), making it illegal to hunt the animal for sport.