The Surprising Return of the Iberian Lynx

Among the various living treasures that comprise the natural heritage of the Iberian peninsula we find the world’s most endangered feline: the Iberian lynx (Lynx pardinus). Much smaller than the Eurasian lynx (Lynx lynx) and a far cry from the size and build of the big Asian, African, and South American cats, our lynx is a mid-sized carnivore, a mimetic creature perfectly adapted to survive in a very specific environment: the Mediterranean forest. 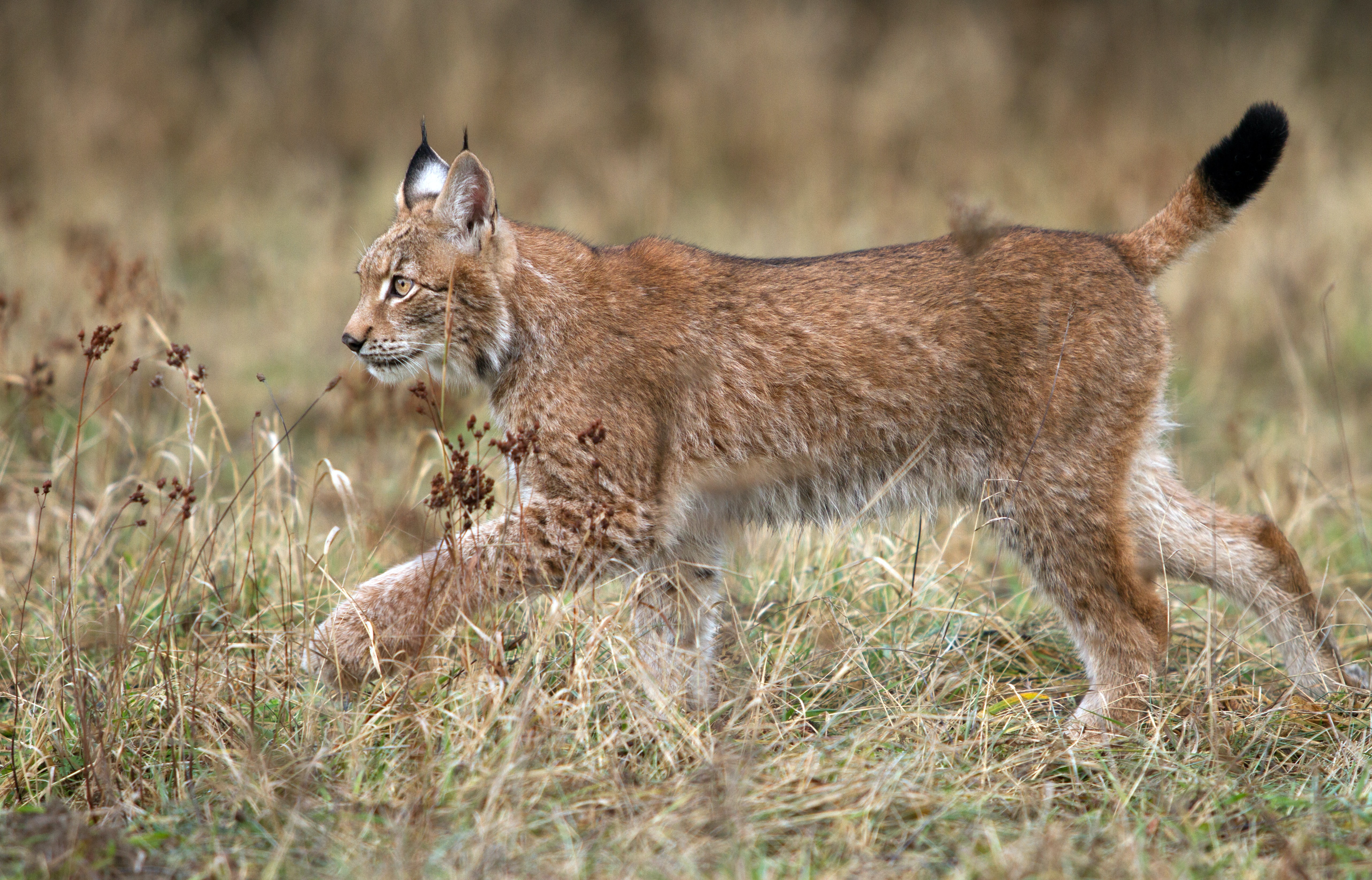 An Iberian lynx in the fields

The Iberian lynx has a cream-coloured coat with black tiger-patterned speckles and white fur along its belly, giving it a most distinctive appearance. The lynx has a remarkably large head, its features framed by long sideburns, with ears ending in paintbrush-like tips, and gorgeous eyes, light green in colour, that leap out from their white rim.

The short tail also ends in a striking tapered black tip, conferring on the cat a slim, compact, and very elegant bearing. The lynx stands sixty centimetres tall (at shoulder height) and is around a metre long (from snout to tail). On average, it weighs 12 kilos and has a life expectancy of 15 years, but usually lives to about 12.

Given its behaviour — crepuscular, cautious, stealthy — and low numbers, with tiny populations limited to the meadows and scrubland of the southern half of the peninsula, the rare and elusive lynx had become a very unusual sight. Luckily this is changing.

Iberian lynx populations had plummeted in Spain due to the indiscriminate use of toxic substances in the fields, illegal hunting, dwindling rabbit populations (a staple of the lynx’s diet) resulting from the constant onslaught of pests, and the fragmentation of its wild habitats through roads and motorways (road kill has become a leading cause of death).

However, in recent years, the collaboration of various institutions, European funding provided through various Life Projects, the tireless work of conservationists, the cooperation of hunters and forest rangers, and, most importantly, the civic interest in saving the species have made it possible to halt its decline and bring about the recovery of the Iberian lynx.

During the 1980s, the conservation status of the Iberian lynx, an animal found exclusively on the Iberian peninsula and nowhere else on Earth, was unclear. Some census counts calculated its population at less than 500.  However, when scientific studies in the early 2000s set out to determine the real conservation status, the results set off alarm bells on an international scale: less than 100 Iberian lynxes remained on the planet. The most emblematic species of Iberian fauna was one step away from extinction.

From that point on, and thanks to the great collective effort mentioned above, the situation changed, and Iberian lynx populations saw a remarkable recovery. Around 2010, the census count was on a par with numbers seen in the 1980s, marking a return to 500 individuals. Nowadays, more than 1,500 — perhaps as many as 2,000 — Iberian lynxes roam their old territories, a recovery brought about by captive-breeding programmes in Spain and Portugal that then release lynxes into wild reintroduction areas.

The situation has taken such a positive turn that one of the organizations which has championed the species’ recovery and protection the most, the WWF, has just presented a proposal to reclassify the conservation status of the Iberian lynx from endangered to a species considered in a Favourable State of Conservation (FSC).

This proposal follows the reclassification, in 2015, by the International Union for the Conservation of Nature (IUCN) that reduced the risk category for the species from “critically endangered” to “endangered”. According to the WWF, the proposal is rooted in the fact that the population of reproductive females could soon surpass 750, which would solidify the surprising recovery of the Iberian lynx and guarantee the survival of one of the most beautiful felines on the planet.