Insects make up a unique universe within the animal kingdom. There are around one million known species (and, according to many experts, more than twice that still to be discovered), so exploring this category of invertebrates means taking a deep dive into a huge subject full of both mysteries and beauty.

One of the most fascinating orders of insects is Lepidoptera, which includes butterflies and moths. Comprising over 170,000 species, of which the majority (90%) are moths, studying this order will introduce us to the most beautiful shapes and colours among living beings.

In fact, one of the world’s most spectacular and beautiful moths lives in the Iberian Peninsula and is a symbol of our entomology: the Spanish moon moth (Graellsia isabellae). It got its English name from British entomologists who must have been captivated by its dazzling beauty to have christened it with one of the most spot-on names in all of species nomenclature. And the history of its discovery for science is just as enthralling as its appearance. 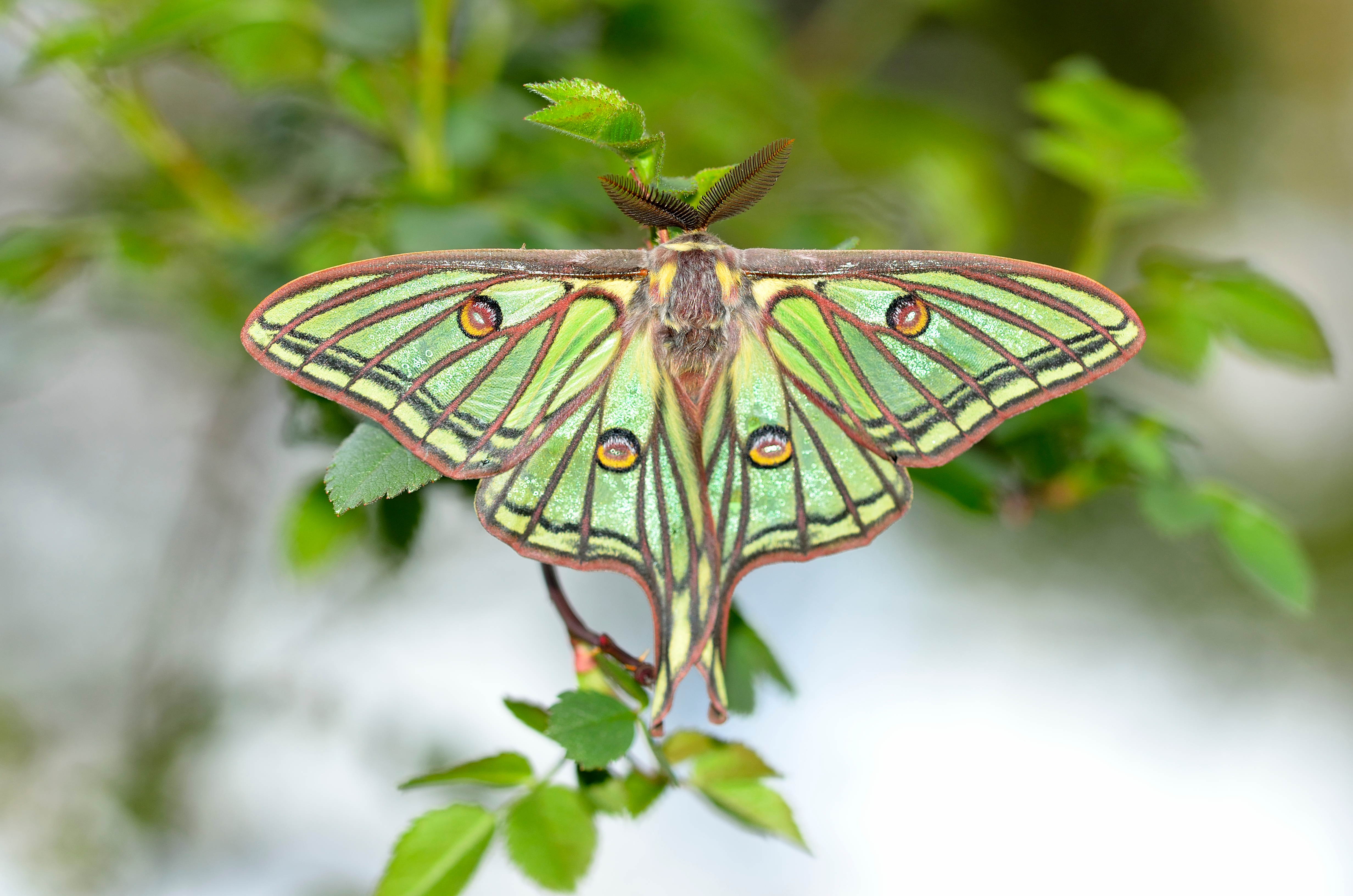 Example of a Spanish moon moth.

In the early days of Spanish naturalism, when zoology museums still had room in their display cases and there was lots of space in their drawers, a scientific expedition in our mountains – many dotted with vineyards and fields of grain – could result in valuable discoveries.

One morning, in spring 1849, Mariano de la Paz Graells (1809-1898) went out for a walk with his dog just outside the town of Peguerinos, in the province of Ávila. An eminent naturalist, Graells was devoted to exploring the world around him and served as the professor of zoology and director of the Museum of Natural Sciences in Madrid.

Apparently, this prestigious scientist – who also founded the Royal Academy of Exact Sciences – had trained his dog as hunters do with their hounds; only in this case, the owner had taught his dog to find and mark the presence of insects.

Some years before, Graells had been alerted to the possible presence of an American butterfly in the Guadarrama Mountains, and he worked tirelessly to find it. A year earlier, his persistence had led him to find what, at first, he thought was its caterpillar.

However, that spring morning, when he approached the position his dog was marking, he discovered, perched on a pine trunk, a species that was completely new for science, an absolutely exceptional specimen: a moth measuring almost 10 centimetres long decorated like a modernist stained-glass window.

Looking at photos of this moth, which from then on would be known as Graellsia isabellae in honour of the scientist who identified it and Queen Isabel II (whom he admired greatly), we can imagine his initial shock and subsequent joy. And, ever since, this is the same emotion that all of us nature lovers have also felt when we have been lucky enough to see this moth in its habitat, live and direct. 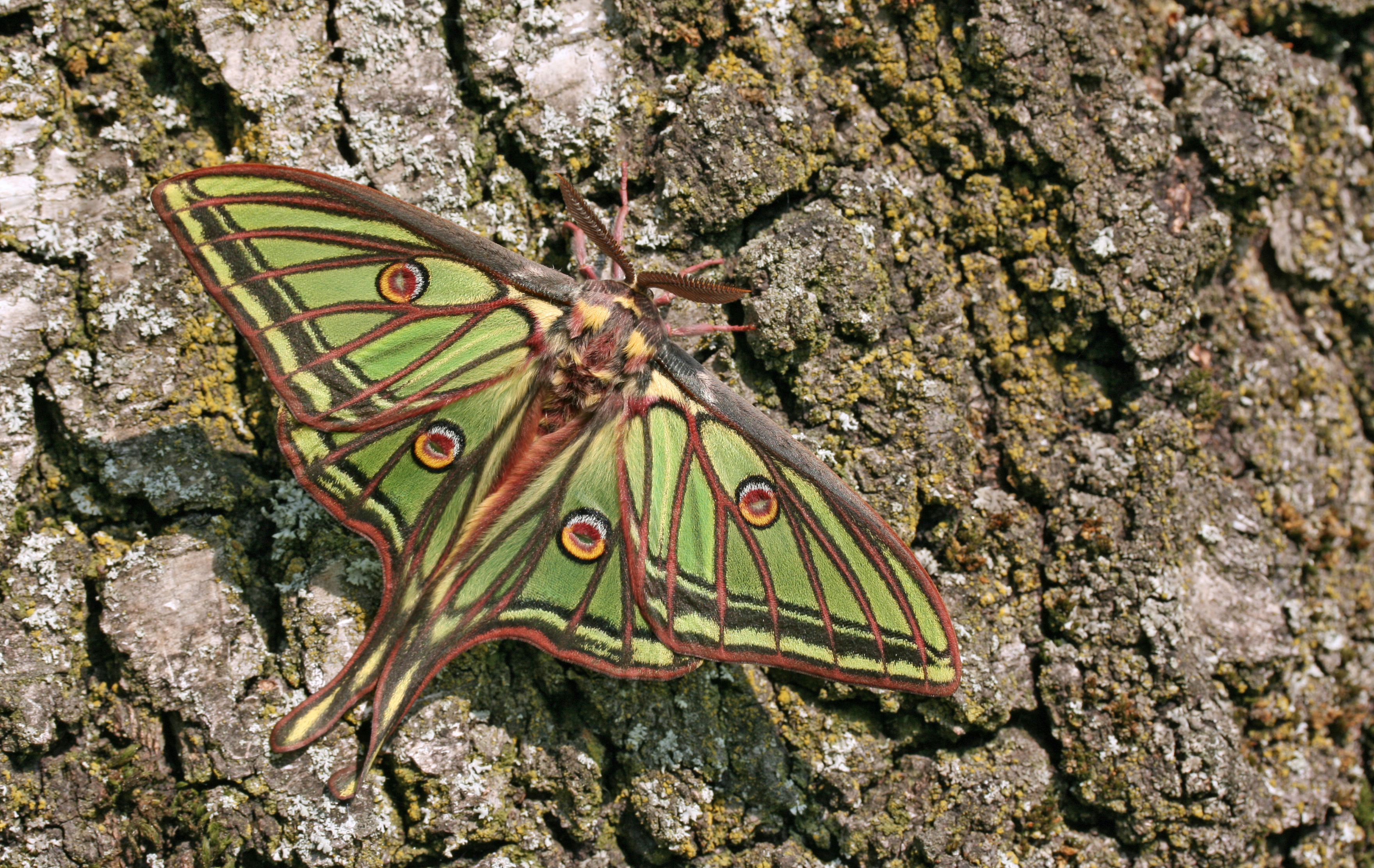 The fortuity and “smell” of his unique field assistant made it possible to classify one of the continent’s most unique insects at a time when the process of identifying a new species was subjected to the most rigorous scrutiny. In reality, the specimen found by Graells was a female; the male, which has significant differences, would take four more years to be identified and recognized.

As its English name perfectly describes, this moth displays all the beauty that a naturalist can possibly imagine in the white moonlight, and it does so exclusively in our pine groves, as its existence is closely linked to the trees belonging to this genre. 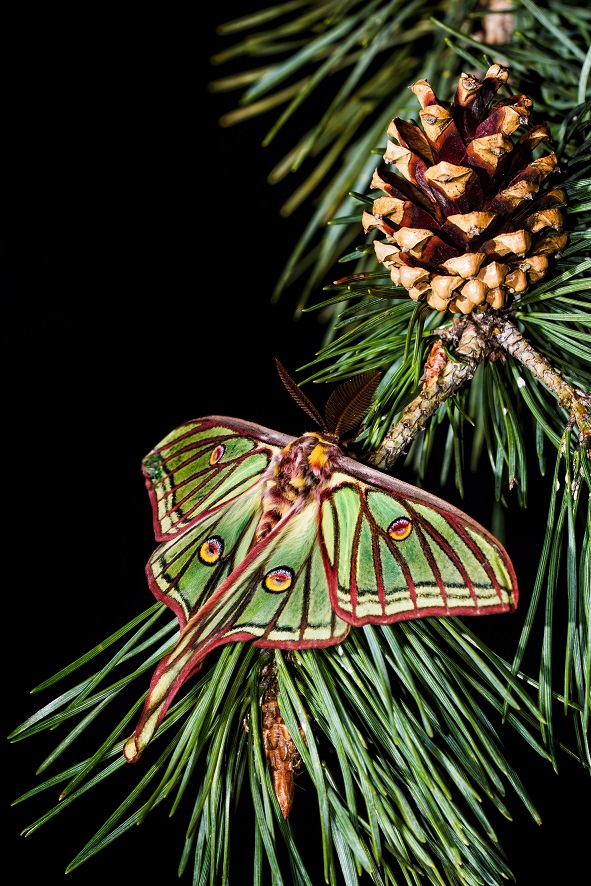 The distribution area of the Spanish moon moth thus coincides with the main pine populations, especially the Scotch pine (Pinus sylvestris), mountain pine (Pinus uncinata), and black pine (Pinus nigra), as the caterpillar of this unique moth species – no less impressive than the adult – feeds exclusively on these trees’ leaves.