The Golden Oriole: Flautist of the Forest

On warm summer dawns, the gallery forests that extend along the river banks awaken to one of the sweetest and most harmonious melodies in nature: the song of the golden oriole. The bird’s unmistakable melody, akin to a descending flute solo, can be heard from a great distance, repeating time and again, combining the different notes into one of the most celebrated songs of the Mediterranean forest’s summer soundtrack.

The beauty of the golden oriole’s song is only surpassed by its exotic appearance.  Ornithologists use its scientific name — Oriolus oriolus — to refer to this medium-sized bird with a slim and very elegant bearing.  The colour of its plumage gives the bird an exotic look, with males boasting a golden yellow hue (hence the name) offset by jet black wing and tail feathers and a pink-coloured beak. 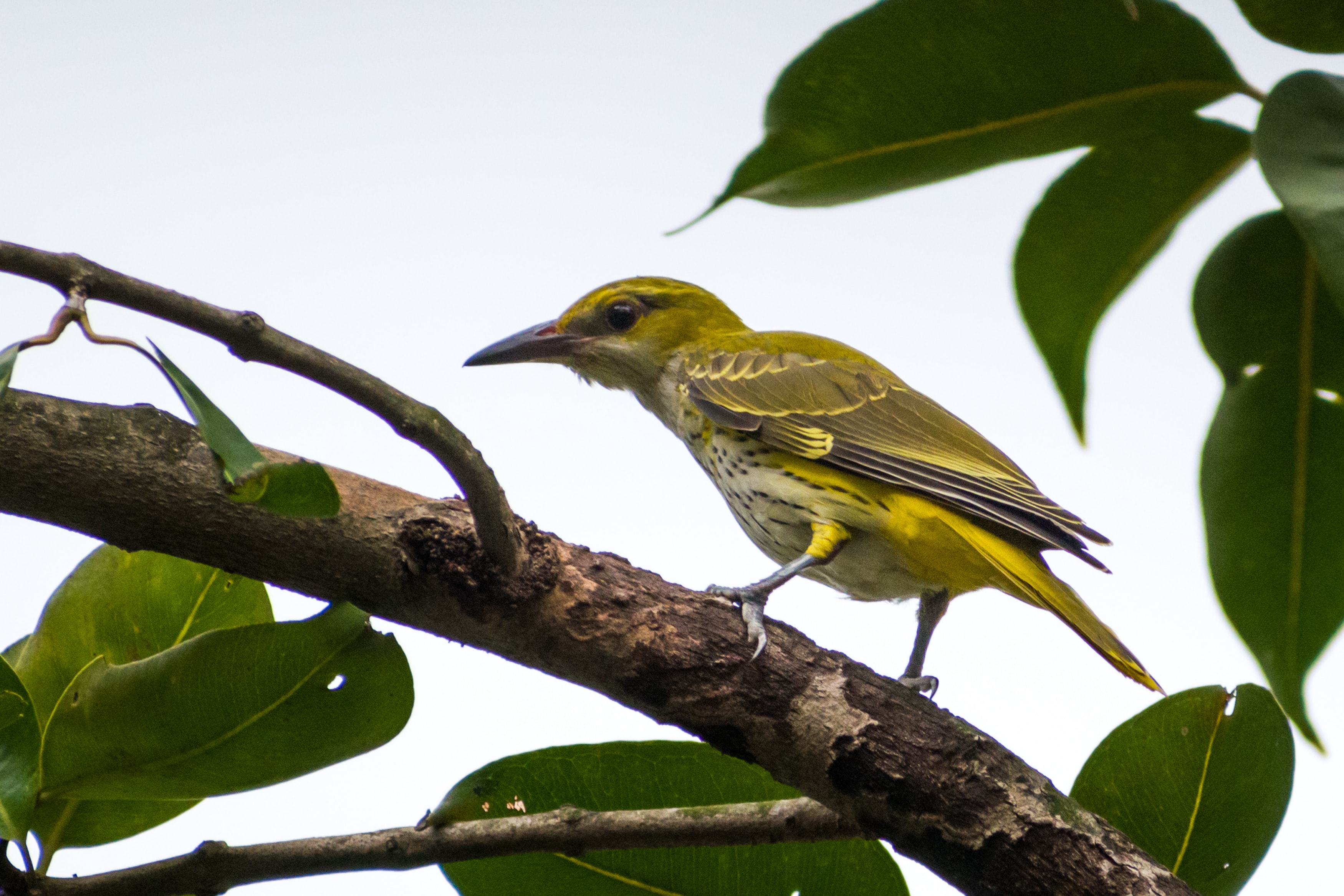 A golden oriole perched on a branch

Female and young orioles display a more subtle, but equally beautiful, colouring in their plumage, olive green instead of golden yellow, with more grey and white hues on the chest that are striated along the sides.

Its magnificent beak is long and pointed — coral red in males, somewhat darker in females and young birds — and stands out distinctively when the bird perches against the light or flies in silhouette.  The flight of the golden oriole tends to be strong, undulating, and short, from tree crown to tree crown, with a measured opening and closing of the wings.  The bird is 24 cm long, weighs about 70 grams, and has a wingspan (distance from wing tip to wing tip) of 45 cm.

Golden orioles are tree dwellers and spend their lives in the shade.  The bird displays a clear preference for riverbank woodlands: groves of black and silver poplars, ashes, and the other trees commonly found along natural waterways.  But its song is also often heard in the open forests near villages or farmland, including the pine and holm oak groves that grow around the vineyards.

And I purposefully say “hear” because, despite its striking and extraordinary plumage and potent song (combined with a less melodic call similar to that of crows), the golden oriole is one of the most elusive and difficult to observe birds of the Iberian fauna.  Extremely discreet and reserved, it does not like to fly in the open sky, instead spending the entire day half-concealed among the highest branches of the tree canopy.  Neither does the golden oriole allow us to observe it up close, cutting its song short and fleeing to the other side of the forest if it senses our presence, especially during the breeding season, fearful that we may discover its nest.

A golden oriole in its natural habitat

The golden oriole makes some of the most elaborate nests in the forest.  Woven from plant matter and other materials found in the fields (esparto ropes, sheep wool, etc.), they hang suspended from the fork of two thin branches and are lined with dry grass and down.  The bird usually places the nest in the highest branches, near the crown, and lays half a dozen eggs (although a clutch tends to average three), which are medium sized, white with chocolate-coloured speckles.

Golden orioles are summer migrants in Spain and spend their winters in Sub-Saharan Africa.  They arrive on the peninsula in mid-April and leave after their young have sufficiently grown, around late August, before the rains come.