Climate Change And the Rock Ptarmigan

Camouflage is among the most common strategies employed by species of the animal kingdom to move through their environment undetected, concealed from the gaze of either predator or possible prey.

It is about staying hidden, blending into the landscape, imitating the forms and colours of the animal’s surroundings. Think of what the stick insect or orange oakleaf butterfly do to stay disguised – their names say it all.

The same is true of the octopus or the chameleon, animals that adapt the colour of their skin to the seabed or a tree branch to approach their unwitting prey as stealthily as possible, then surging forward or shooting out their dart-like tongue to stage a surprise attack.

Disguising as landscape: this behaviour has allowed a wide variety of species to adapt seamlessly to the environment they inhabit throughout history and across the planet. Climate change, however, has dealt many of them a bad hand and is ruining this great evolutionary undertaking.

This is best exemplified by some of the species that inhabit the snowy peaks of our mountains. A lack of snowfall and alterations in precipitation patterns are causing substantial and severe changes in how these ecosystems function.

Those species among our fauna whose fortunes are inextricably linked to camouflage, disguised in white to blend into the snowy landscape, now face a set of circumstances they never anticipated. Seeing how their skin and plumage now turn white long before the landscape does, their camouflage no longer has the intended effect: they are no longer concealed, but a vivid mark.

This is true for the stoat, the alpine sparrow, or the snow bunting – all species whose appearance turns white when winter comes. Our protagonist has been partial to the same strategy: the rock ptarmigan (Lagopus mutus). 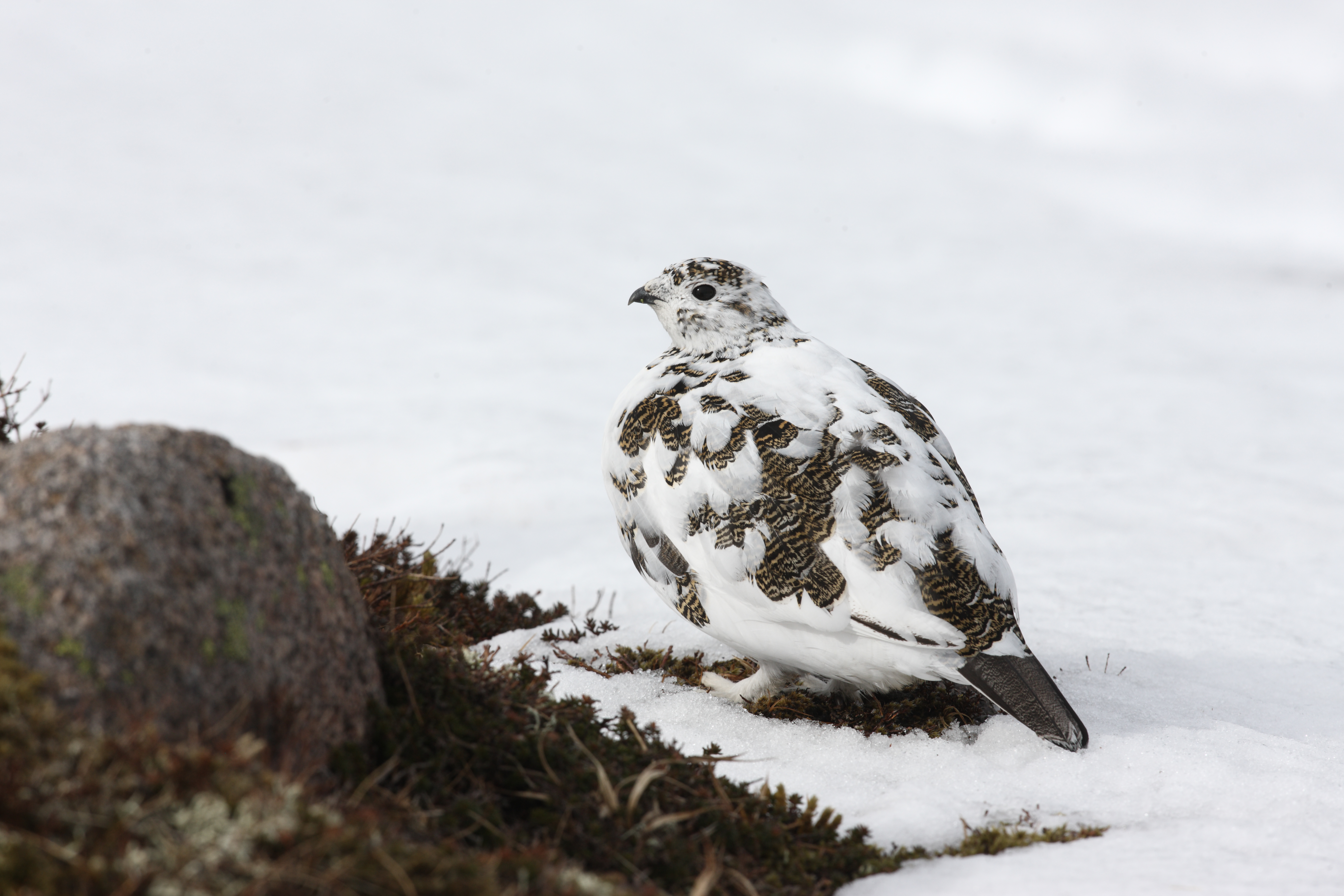 A rock ptarmigan on snowy ground

This species of Galliformes resides exclusively in high mountain areas and its feathers have the capacity to gradually moult, allowing the bird to blend into the seasonal colours of the forest: shades of ochre and gold in autumn, speckled white towards the end of that season, and completely white once the deep winter sets in and the landscape is covered in snow.

Thanks to its ability to seasonally camouflage, the rock ptarmigan can hide from the keen gaze of its predators, including the fox, goshawk, and golden eagle. But climate change is altering the rhythm of the seasons, that chronological order which allowed the rock ptarmigan to adapt its appearance to the changing landscape. What was once an evolutionary advantage is turning into a trap.

After all, a white ptarmigan running along the brown crests of the Pyrenees in the middle of a dry winter is as good as a lure, so obvious it is sure to attract the keen gaze of a golden eagle. 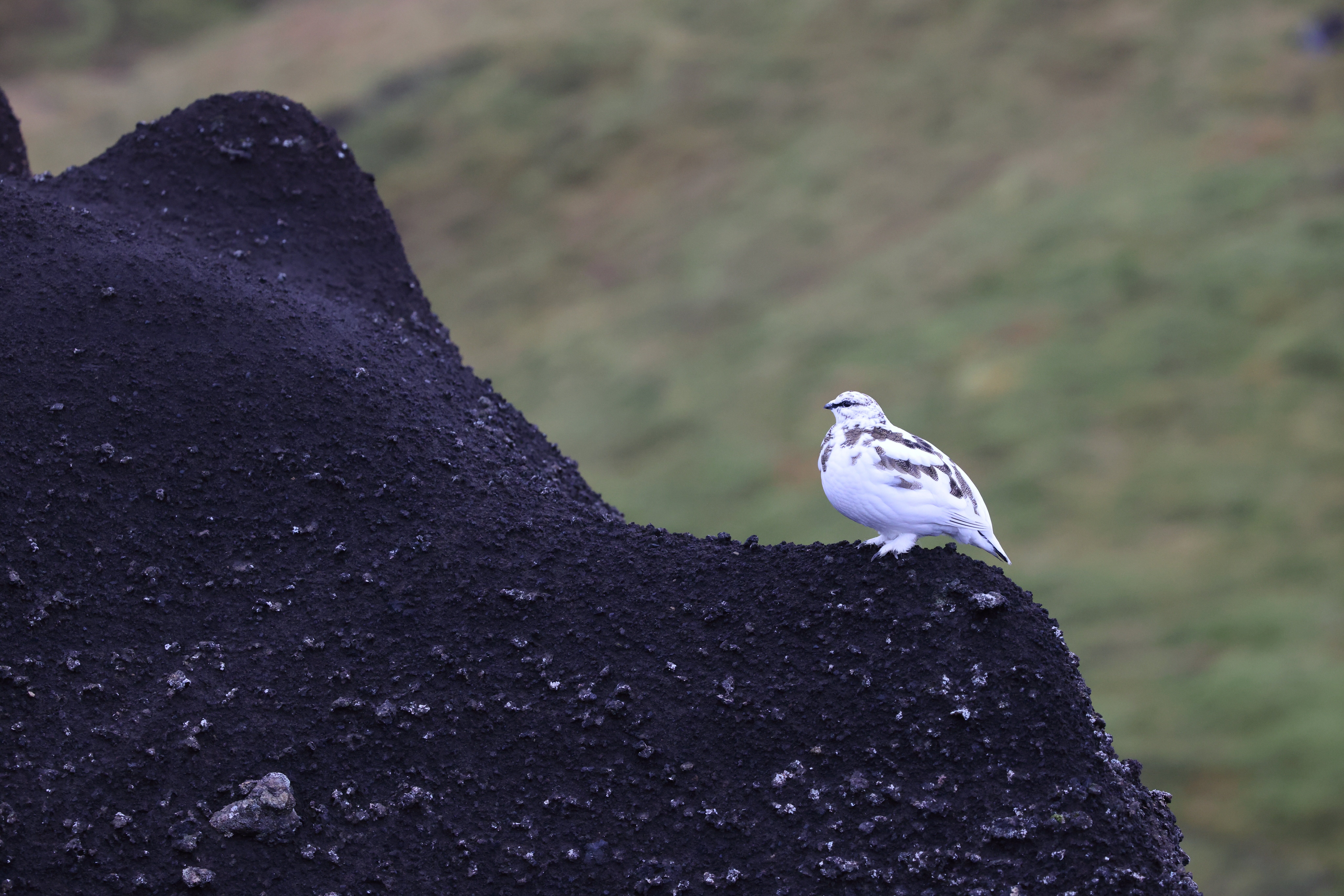 A rock ptarmigan on a rocky mountain

It is possible that over time, as climate change advances, evolution will take a step back and consign the snowy disguise to the closet, allowing these animals to adapt to the new scenarios that define their environment. Some ethologists believe this is starting to happen in many regions which were traditionally covered in snow during this time of year, including the mountain ranges of southern Europe.

But climate change is certainly advancing much faster than evolution, outpacing its ability to respond. As a consequence, the rock ptarmigan is confronted with the fact that its main adaptation strategy to the environment has turned into its main disadvantage when it comes to surviving in it.

A rock ptarmigan in the forest