The great tenor of the vineyards: the common blackbird

Perched on the highest point of one of the vines and elegantly dressed in black, every spring evening the blackbird(Turdus merula) gives its concert, featuring one of nature's most beautiful melodies, to all who stroll through the vineyards.

Its song is unmistakable. The variety of beautifully phrased, high-powered, flute-like notes and tones make the blackbird one of the most prized among songbirds. So much so that, many, including myself, believe the blackbird is undoubtedly the great tenor of our fields and forests.

But if its song is exquisite, its appearance, especially the male’s, is no less beautiful. A slender yet large and robust bird, the male’s plumage is compact, shiny and of a single colour: jet black, with only the very bright orange beak and eye-ring standing out. 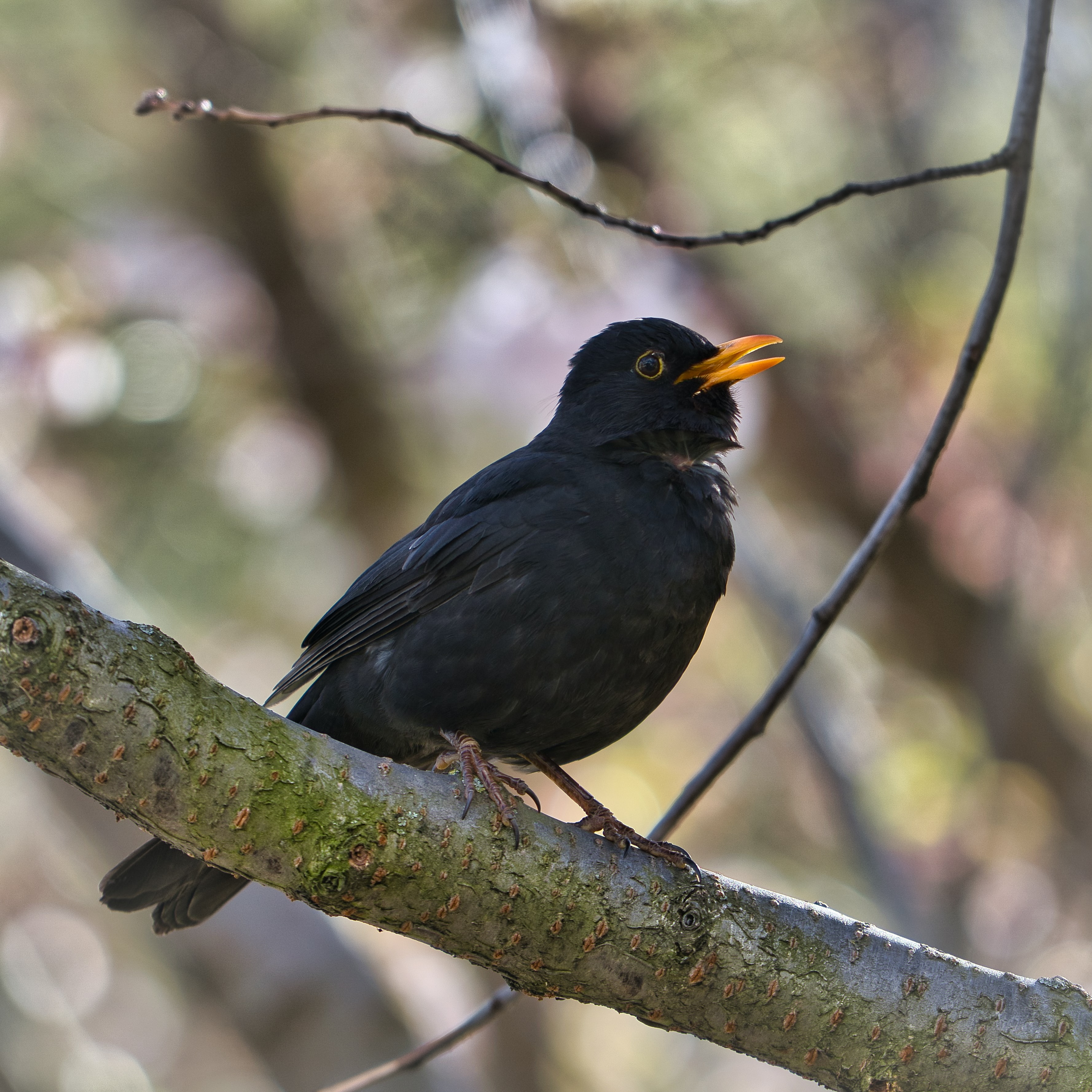 Blackbird on a tree branch

Of similar silhouette and size, the female’s plumage is much more sober, with brownish tones, as is young birds’, although in theirs is slightly mottled with creamy tones. Its legs are large and firm, and it has a long tail that males wag while perched. They measure around 25 centimetres and can weigh more than 100 grams.

When surprised or threatened, they flee extremely fast, emitting a screeching, extremely loud and deep call as they fly, quite different from their song.

It is an eminently forest-dwelling species, preferring damp, leafy forests, where it tends to nest among the branches of the undergrowth. But it lives has rural and urban habitats, showing a preference for settling in the fields surrounding villages. Quite common on urban terraces with flowers, parks and gardens and even private patios, where it comes to peck at the soil of flowerbeds and pots in search of earthworms.

This pattern of their behaviour is the most curious. The blackbird hops across the earthen floor and from time to time stops, turns its head as if it wants to hear better what is going on beneath the surface and suddenly, without a moment's hesitation, sticks its beak into the earth and cleanly pulls out an earthworm. 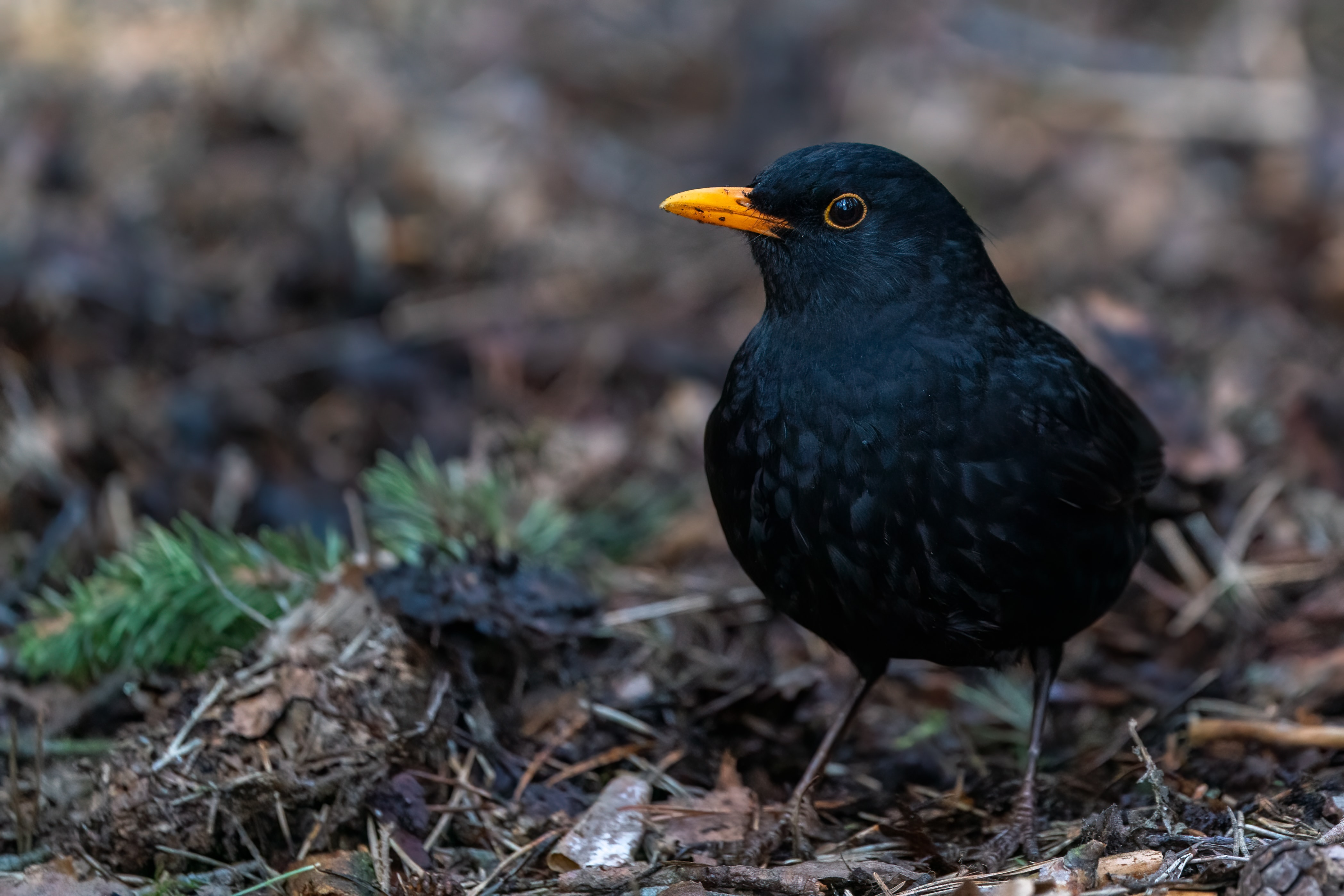 Blackbird on a forest floor

When searching like this, a blackbird does not hesitate to clear the ground of litter, removing all kinds of obstacles, from the remains of twigs and branches in the garden to the stones in the flowerpots. And it can catch several worms at once without leaving the ones already hanging in its beak; I've often wondered how it manages it.

Finally, we shouldn’t forget that the blackbird, like many other songbirds, has inspired numerous composers in their works: from the great classics to the most modern composers. In his case, one of his most famous songs is the one that bears his name in English, Blackbird.

If you get the chance to listen to it, you will see that the song indeed features a male blackbird, probably recorded on a spring sunset, who intervenes at various points in the song - which is on the The White Album (1968) - giving a reply to Paul McCartney himself, who did not hesitate to choose the voice of our protagonist to compose this famous song, considered one of the Liverpool quartet’s most beautiful ballads. 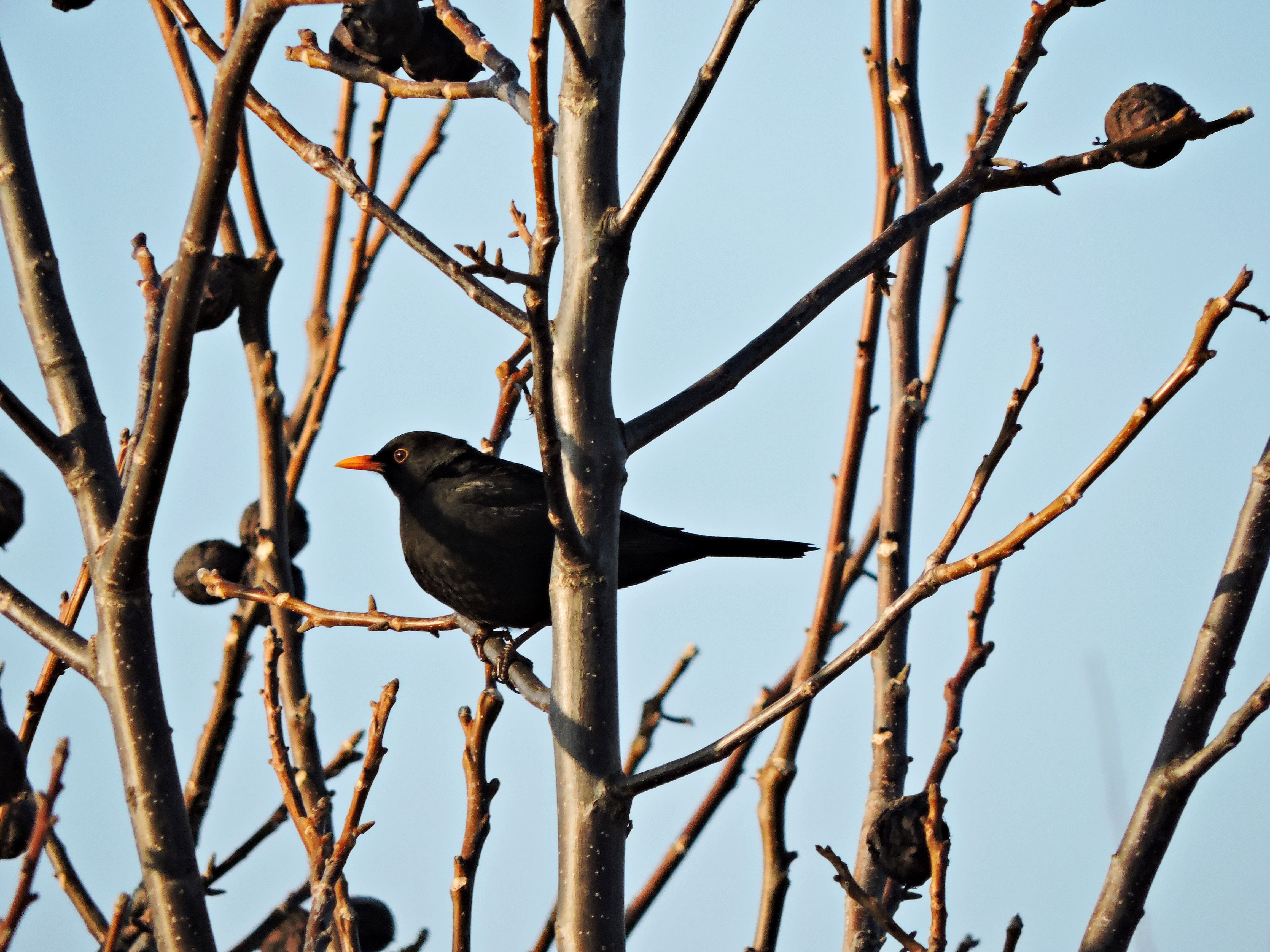 Blackbirds high up in a tree