Badgers, the Masked Denizens of the Mediterranean Forest

The first time I saw a badger scurrying through the forest, I thought I was seeing a doormat with legs: such is the image evoked by this curious wild mammal. Medium-sized and unmistakable in its appearance, the badger is among the most surprising species of the Iberian fauna. 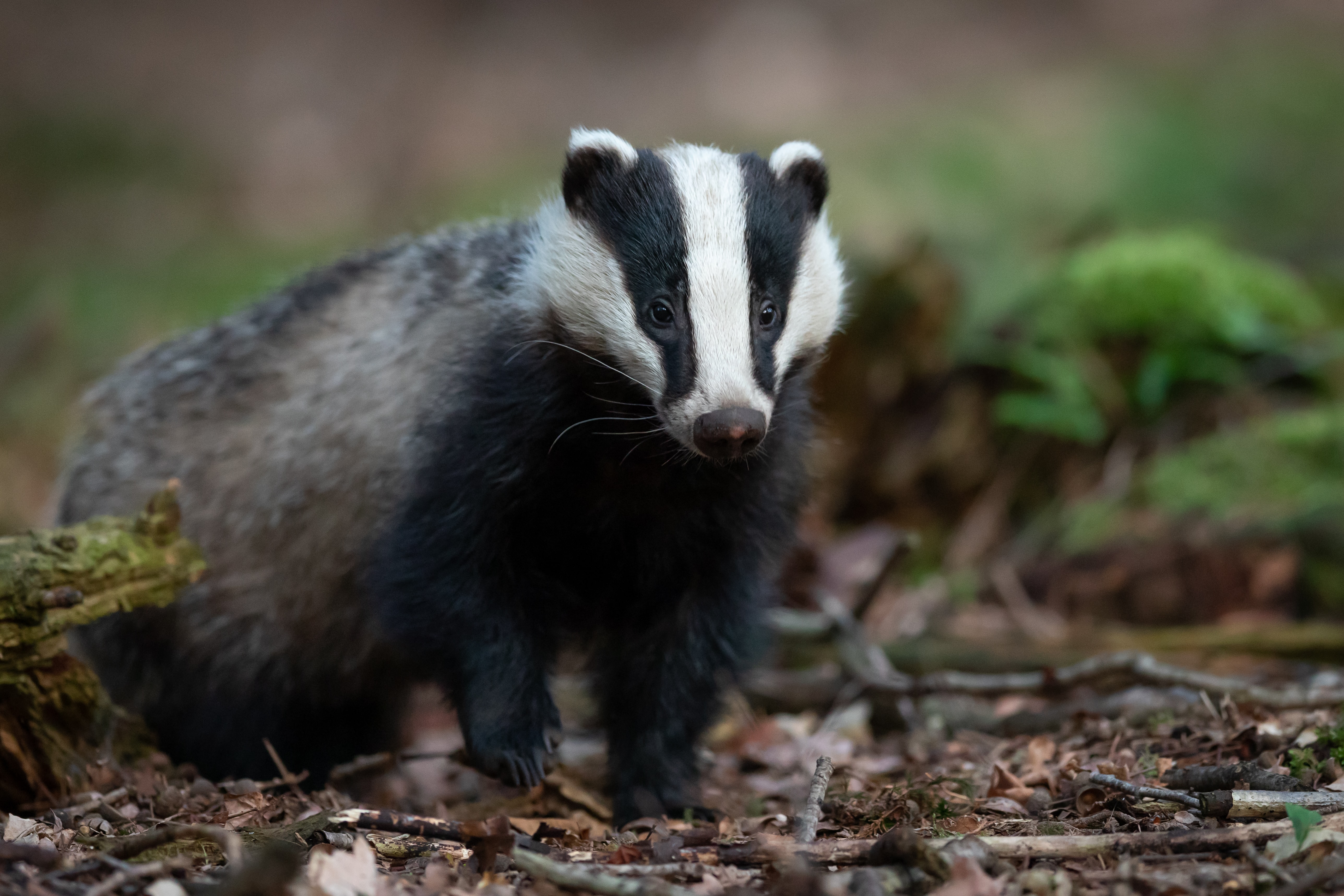 A badger in the forest.

The badger, which scientists classify under the name Meles meles, is a stocky carnivore, short and broad, with a gorgeous, long grey-speckled coat that dangles curtain-like down both sides of the body, covering its short extremities.  As a result, it seems as though the protagonist of our story isn’t walking but rather dragging itself along the ground as it moves through the wilderness.

Another distinctive feature of this extraordinary member of the Mustelidae family (a relative of weasels, stone and pine martens) is its powerful elongated head which tapers to an impressive black snout and sports one of the most striking facial patterns of all Iberian fauna.

What stands out most about the badger’s face are two black stripes, one on either side, set against the shiny, short, and otherwise white fur. The spectacled design reaches from the short and rounded ears, over the small eyes, all the way down to the tip of the badger’s wide and powerful snout.  The animal’s short legs, covered in shiny black fur, are barely visible. It can grow to a metre in length and weigh up to 20 kilos.

The most highly developed senses of this woodland prowler, with its small eyes and vigilant behaviour, are smell and hearing. The badger emerges from its den at dusk to sniff out every corner of the forest in search of food.

The burrow where the badger spends much of the day is called a sett and consists of a complex system of tunnels and chambers dug into the earth that can have several entrances and exits and extend across a large underground area. Endowed with long, hard, and powerful claws, badgers can dig these burrows with ease.

The animal leaves distinctive prints on sandy or soft terrain, especially in mud or snow, displaying five rounded footpads and elongated claws, with the heel barely making a mark. Given the badger’s elusive nature, this is often the only indication we have of its presence. 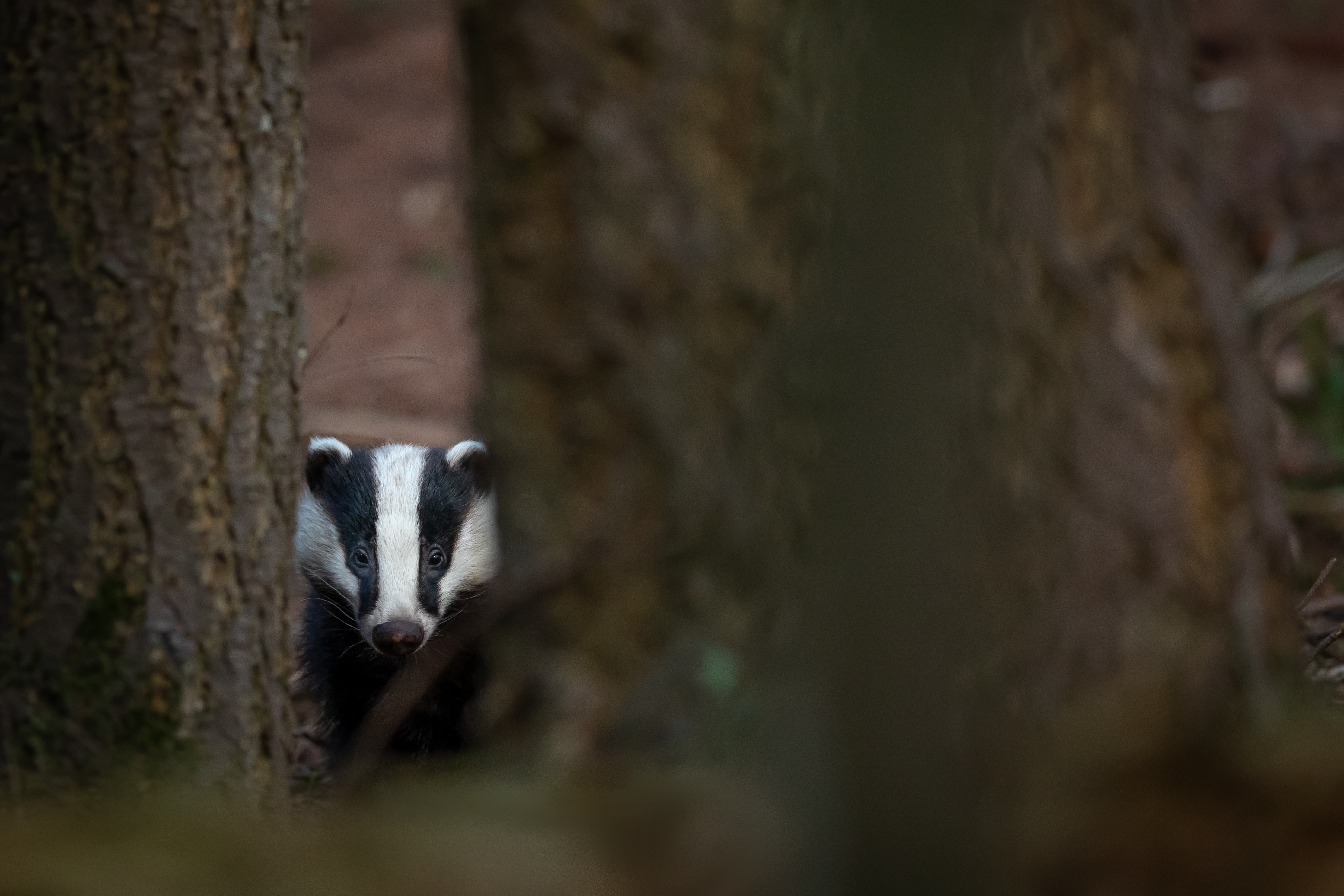 A badger in its natural habitat

Although a carnivore, the badger tends to keep a mostly vegetarian diet (wild fruits and berries, roots, fungi). That being said, it is one of the finest hunters of the Mediterranean forest, catching all sorts of rodents, reptiles, and amphibians. It also eats insects, worms, and snails. Birds and their eggs complete the badger’s varied diet.

The badger is among the most common mustelids found in the deciduous forests of the northern peninsula, especially those located near grassy fields, farmland (badgers are frequent vineyard visitors), shallow streams, pools, and backwaters.

In establishing their territories, badgers prefer dense scrubland and gallery forests, with a clear preference for soft soils where they can easily dig into the ground to build their extensive setts. The species is found across the Iberian peninsula, with some areas which display sizeable badger populations, but it is absent from the Balearic and Canary Islands.